The Virtual Environment Computational Training Resource (VECTR) program is a 3D, virtual reality training system designed to train engineers and technicians for ground operations at NASA’s Kennedy Space Center. The VECTR program is currently funded and an undisclosed scenario is currently being developed to familiarize engineers and technicians with future procedures and facility layouts.

VECTR is registered as an invention on the NASA New Technology Reporting System.

The Virtual Environment Computational Training Resource (VECTR) prototype enables users to walk through multiple scenarios including a contingency operation on the Crew Access Arm with the SLS and free-flight modes that enabled users to fly around a virtual KSC environment.

I am the lead designer, lead programmer, and lead 3D modeler on the VECTR project. I am the sole developer of the VECTR program and the previously developed VECTR Prototype. I wrote and presented the technology proposal, which was accepted and funding for development of the prototype and further scenarios was approved.

I am listed as the Inventor, Innovator, and Technical Point-of-Contact for the VECTR program on the NASA New Technology Reporting System. 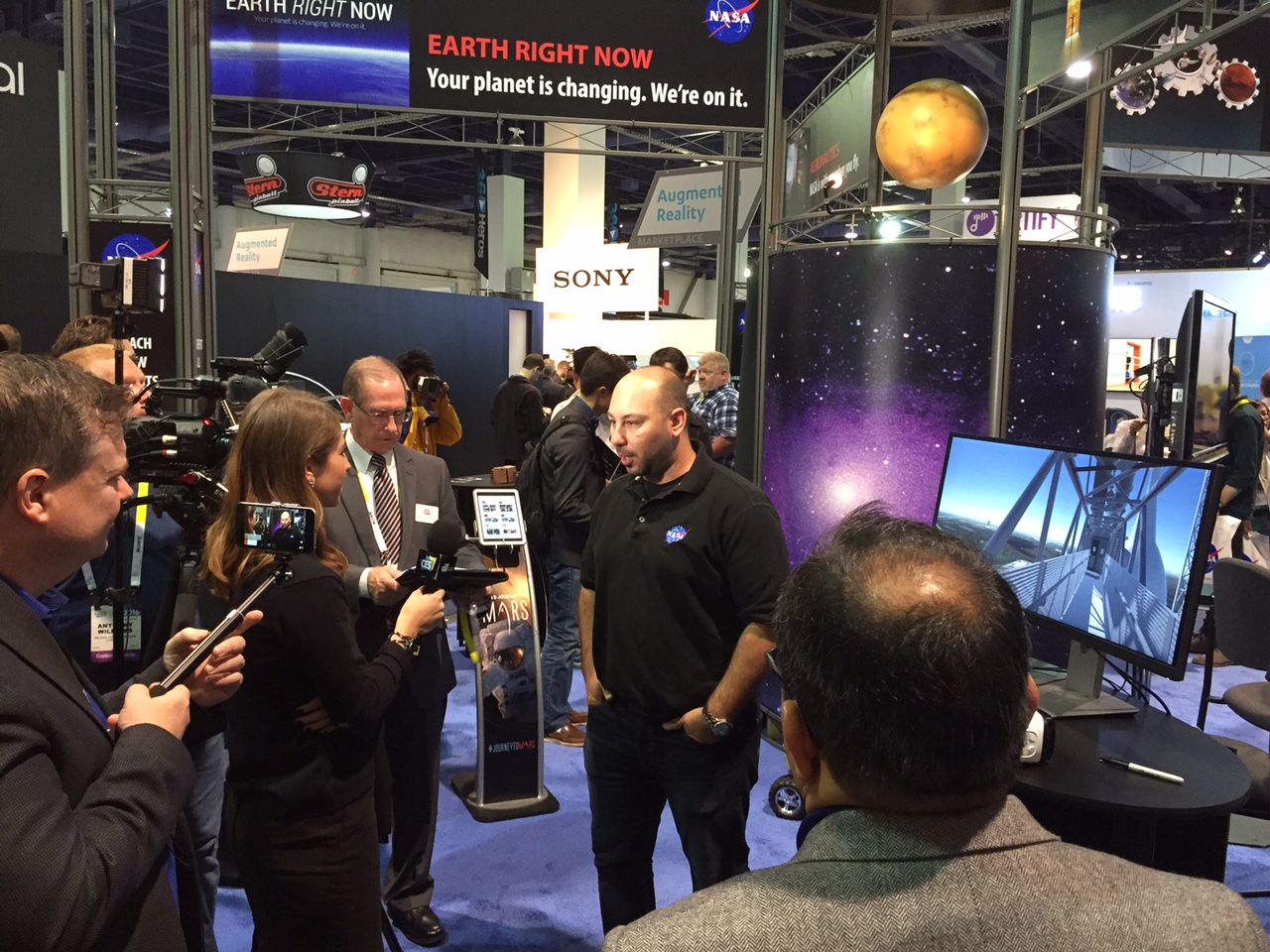 VECTR was presented by NASA’s Jet Propulsion Laboratory (JPL) at the NASA booth at CES 2016 in Las Vegas, NV.

Mentioned by multiple media outlets, including the following Fortune article:

Why NASA Is Blasting Off at CES for the First Time

VECTR was presented at the NASA booth at the 2016 South by Southwest (SxSW) event in Austin, TX. At the NASA booth, I presented and demonstrated the VECTR program to booth visitors, NASA Astronauts, and various media outlets.

The demonstrations included fitting users with a virtual reality headset, teaching them the controlling mechanics for VECTR, walking users through different scenarios, discussing techniques and technologies used in development, answering technical questions, and relaying NASA’s mission and key points (outlined in a briefing booklet I was provided). Since I was the sole developer of the VECTR program, I was able to answer all technical questions about VECTR.

Public reception of the VECTR software and the NASA booths at SxSW was overwhelmingly positive.

VECTR was presented at the NASA booth at the 2015 I/ITSEC conference in Orlando, FL. At the NASA booth, I presented and demonstrated the VECTR program to booth visitors, industry professionals, students, and domestic / international military personnel.

I/ITSEC is the world’s largest modeling, simulation, and training conference. 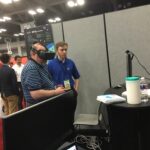 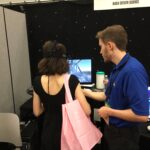 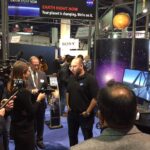 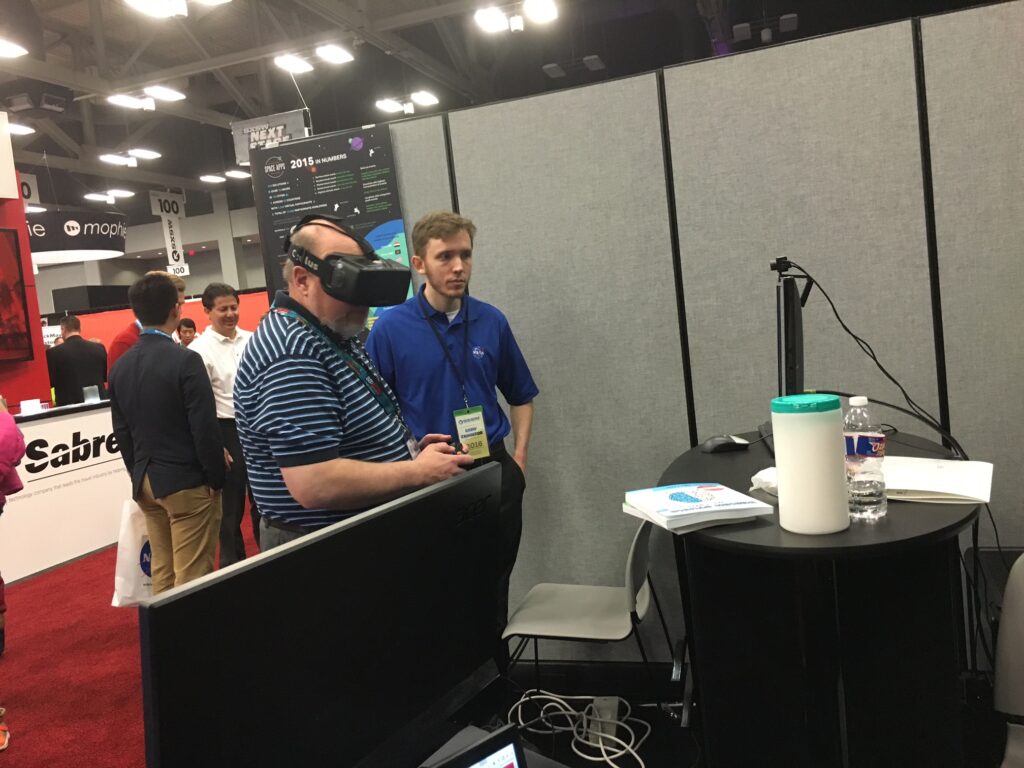 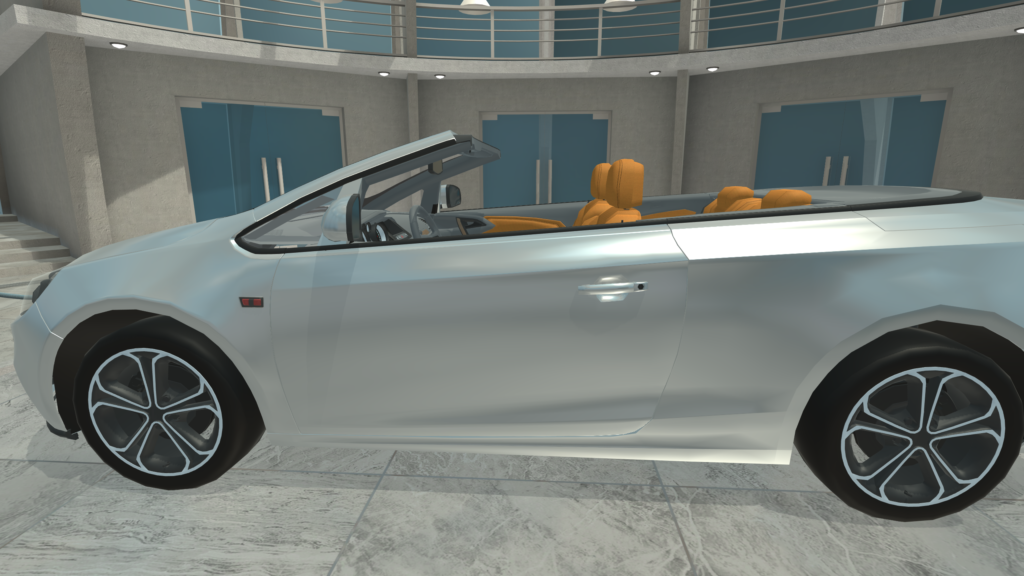 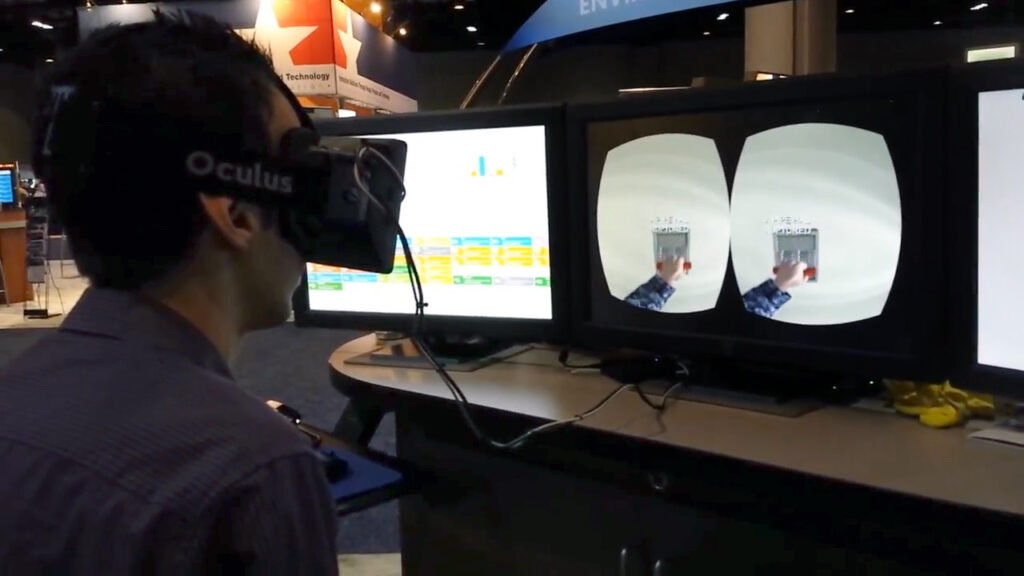 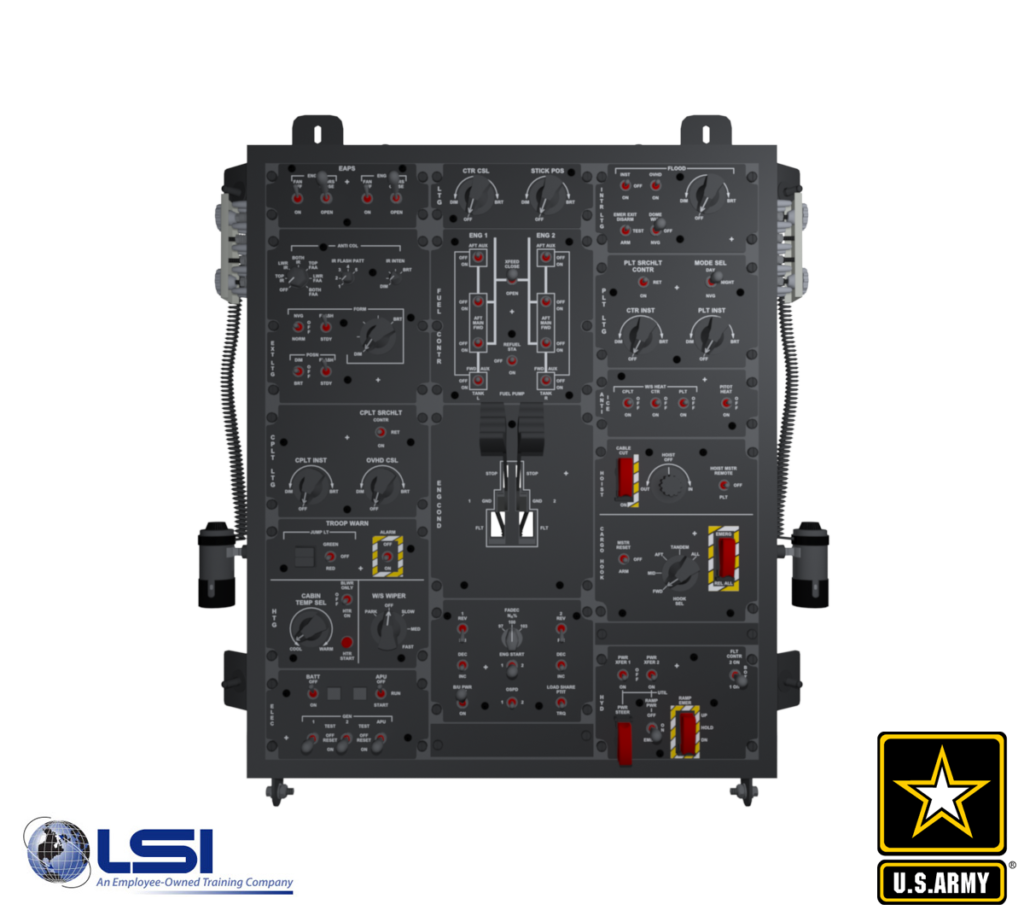 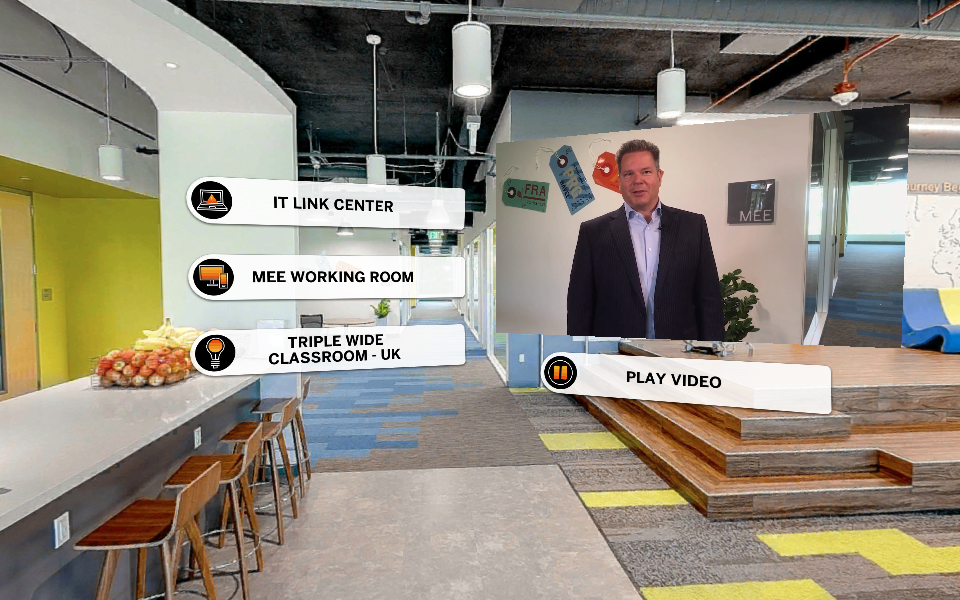